When Should I Talk to a Trademark Attorney?

When Should I Talk to a Trademark Attorney?

A common question I get is, “When should I talk to a trademark attorney?” 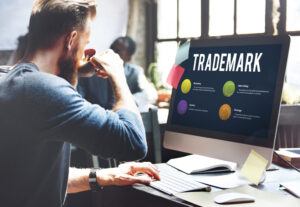 The answer is: as soon as possible.

I was recently contacted by a potential client who said, “We’re about to make large signs with our new trademark. We were wondering if we can start the registration process.” They gave me the name and I looked it up, and unfortunately, somebody already had it — for the exact same thing this potential client does.

They had been thinking about the name for some time, but they hadn’t acted upon it until they were ready to spend a lot of money on a really big sign. To make matters worse, the company who had the registered mark had previously sued a competitor at the Trademark Trial and Appeal Board for the likelihood of confusion. It looked like the owner of the registered trademark was not open to negotiations for a limited license or a mutual consent agreement.

My potential client ended up scrambling at the last minute to come up with an alternate name (which they really didn’t like as much). They found that just a couple of weeks prior, yet another company had applied for that very same, second name. So they decided to move forward with the second name and take the risk, even though they realized that they would not be the first ones to file.

The moral of the story is once you get a name in your head for a product or a service, you should really make sure that it’s available — and start the process as early as possible with a trademark attorney. Your competition may be thinking along the same lines, and certain words become trendy very quickly. It’s important to start an Intent to Use Application as early as possible so that you protect yourself against people who might come after you. In that way, you won’t be blocked by them.

In other words, it’s a rush to the trademark office…so consult a trademark attorney when you start to hone in on the name of your product or service.

By pwerschulz | Published May 9, 2019 | Posted in Trademarks | Tagged Consent Agreement, Intent to Use Application, Trademark Attorney, Trademark Trial and Appeal Board | Leave a comment