WHERE Are The Women Inventors?

WHERE Are The Women Inventors? 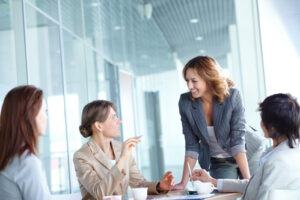 In cooperation with some international groups, the United States Patent and Trademark Office (USPTO), conducted a 40-year comprehensive study through the end of 2016 profiling women inventors as they appear on US patents.

The title of the report is Progress and Potential: A Profile of Women Inventors on US Patents (click here to view). Although it does not give a lot of conclusions, the report is worth reading.

What I find very interesting is that the number of patents with at least one woman inventor increased to about 21% in 2016. This increase in women from about 7% in 1976 to 21% in 2016 is mostly women who participate in mixed-gender innovation teams. What’s also interesting is that the percentage of women inventors who are on their own, or who have women co-inventors, has remained steady at about 7%.

Women, on their own, still tend to be under-represented in the patent community. Nobody’s really sure why this is. This is in spite of the fact that women have increased their participation in the biological and life sciences to almost 50%; in computer and math science and the physical sciences to around 28%.

It follows that where women work, women participate in the patent system. For example, there are about 10 states where women participate in the workforce at a much higher level than average, and those are states like New Jersey, Maryland, New York, Alaska, California, and one state in the middle of the country, Missouri. Then when you get down to states like North Dakota, Montana, and New Hampshire, there is very little participation of women in the patent world.

It’s also still a fact that women patent attorneys are a minority in the profession, about 20% +/- 2%, and that outside of chemistry and life sciences, women are still a minority in STEM overall.

The big companies in the life sciences that file the most patents, such as Bristol-Myers Squibb (my former employer) and Procter & Gamble, have the largest participation of women and, in fact, encourage mixed-gender and cross-functional innovation teams.

The only conclusion that I can draw is that mixed-gender teams lead to great innovation and allow women to participate in a way that’s not usually open to them in other situations. Remember that in order to be listed as an inventor, the law requires that the person actually contributed to the idea and that they weren’t just helping hands. So it’s not a question of having women laboratory technicians or junior scientists; they have to be able to point to one claim in the patent that they can say they contributed to the conception of.

It’s good news that women’s participation is on an upward trajectory — but we still have a long way to go.