My Decade Since the Patent Bar Exam

My Decade Since the Patent Bar Exam 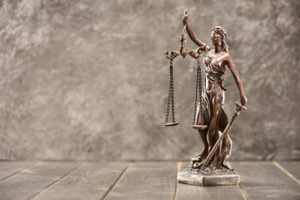 On September 9, 2008, I was admitted to practice before the United States Patent and Trademark Office as a patent agent. I received my number: 63,079.

I was very excited because that meant that I could file, on my own, patents and all the different pieces of paperwork that are required for a patent application. I would be the person who would be responding on behalf of the client to questions — or the inevitable rejection from Patent Office. And I would be the one to tell a client when the patent was approved to be issued.

A lot of people don’t realize that you can be admitted to practice before the Patent Office before you actually finish your law degree. In fact, it is not even necessary to have a law degree in order to write patents, prepare patents, and to file them with the Patent Office. Trademark applications are a different story. Unless you’re doing your own trademark application, you have to be a licensed attorney in at least one state.

Patent law is so unique and so different, practitioners must pass one of the most difficult bar exams in the United States. If you can prove that you know the law and the practice, you can be admitted even without a law degree. In fact, many registered patent agents actually sit for the patent bar exam before they finish law school, or even before going to law school because it’s just good to get that exam out of the way before you have to sit for the state bar exams.

I took the exam between my second and third year of law school, and thankfully I passed. Generally speaking, the pass rate is between 20 and 40%, which is very low. It’s an extremely stressful, all-day exam, multiple choice, open book. That may seem like a walk in the park, but let me tell you, it’s a very tough exam.

After the Patent Bar Exam

I started out as a law student, writing applications for real clients. One of my first clients was my alma mater, Rutgers University. I worked in the Office of Technology Commercialization, preparing provisional applications for professors before their papers were published or presented at a conference. I worked directly under the supervision of Rutgers’ registered patent attorney. I then worked under the direct supervision of a solo practitioner, writing patent applications for him. Then finally, I was a registered patent agent and clinical law student my third year, where I had my own clients.

One of the real thrills I experienced was watching a client’s 10-years-in-the-making patent get awarded. He’s my longest term client from my law clinic days, who changed his design midway and started from scratch. This year, the safety light helmet patent for Darryl Munns was issued on July 24th. It’s been an interesting road for both of us.

Since starting my career as a United States patent attorney ten years ago, I’m happy to say that I have helped individuals get awarded well over 100 patents. While my technical background is life sciences, like 80% of all patent applications, most of these patents are for ordinary day-to-day objects. A few interesting patents include:

I hope to continue for many years. Contact me with comments or questions.