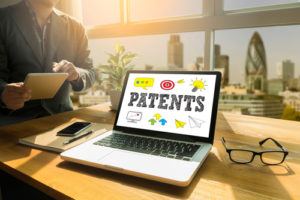 June 18, 2018, was a very important day in the world of U.S. patents. It was a landmark, a real milestone because, on June 18th, patent number 10 million was issued.

We seem to be creating innovation at a rate of one (1) million patents every three (3) years — and that’s pretty exciting. The first patent was issued with the startup of the Patent Office in 1790. The Patent Office was formed as a result of the approval of the U.S. Constitution, which specifically gives Congress the right to enact laws to protect the works of authors and inventors. That’s in Article I, Section 8, Paragraph 8. Ever since then, Congress has enacted patent laws, starting with the founding of the Patent Office in 1790, now called the United States Patent and Trademark Office (USPTO).

The first patent was not for an object, a new machine, or a new gizmo, but was actually for a process. It was an improved process for processing called potash. Potash is a mixture of potassium salts extracted from ash and is used in manufacturing and fertilizing.

We’ve come a long way from processing potash to what we have today; patents covering smartphones, new drugs, and a lot of high technology. Patents also cover a lot of things that people use every day, such as clothing, tools, kitchen appliances, etc. The United States’ inventory of patents really runs the gamut of innovation.
Patent US 10,000,000 is entitled “Coherent Ladar Using Intra-Pixel Quadrature Detection” which is about detecting lasers using frequency modulation. You can read it yourself here: https://10millionpatents.uspto.gov/docs/patent10million.pdf.

The Patent Office has completely redesigned the patent portfolio cover for all the patents starting with number 10 million — so that you can see that it came after this big landmark on June 18, 2018. I’m happy to say that I’ve contributed to inventors getting well over 100 patents, and I hope to continue to help inventors add to that very sharp upward curve of innovation. Now they will have that bright new red cover with the gold seal of the USPTO.