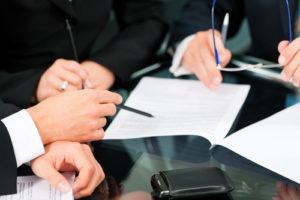 From time-to-time, individuals call my office and request an appointment to discuss their invention. Many times, they have done a little bit of homework and have learned about a non-disclosure agreement (NDA). As a precaution, they usually ask me to sign their NDA at the start of the appointment, before they share anything with me. Generally, I say, “I won’t, but let me explain why.”

What is a Non-Disclosure Agreement?

An NDA is a very important document that inventors must use while they are in the process of getting a patent. Why? As long as the patent is pending, their invention should be kept confidential until they are either ready to sell it or until the patent issues.

What is Attorney-Client Privilege and Confidentiality?

When a client and attorney speak, they are covered by the laws of confidentiality which cover client and attorney communications. This means that our conversations are automatically covered by this confidentiality, and are the equivalent of an NDA. In other words, anything that a client or a potential client tells me about themselves, their invention, or related matters must be kept confidential, and under no circumstances am I to reveal it to a third party.

So, generally speaking, I do not sign NDAs because I already comply with a high standard under the law of attorney-client confidentiality and privilege. After I explain this if they still insist I sign an NDA I firmly state, “You know, I may not be the right attorney for you because if you can’t trust me from the start, then we’re not going to have a good working relationship. So, you might want to look for another attorney.”

If they are still insistent, I know I said the right thing. If a client and attorney don’t start out with a relationship of trust, they really can’t work together and have open communications; it is vital to the relationship.

I can keep a secret. Can you?