Trademarks 101: It’s All About the Brand

Trademarks 101: It’s All About the Brand 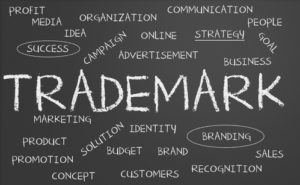 Trademarks are so much a part of our culture that we really don’t think about them too much. They’re ubiquitous. If I say a trademark is a brand, everybody knows immediately what I’m talking about, because it’s all about the brand, what the brand stands for, and the message that each brand is trying to convey to the consumer.

Technically, a trademark identifies the source of goods or services to the consumer. A trademark can be some words. It could be some sounds. It can be:

It could be any of those things that people can sense, whether with their eyes or their ears or their nose, they know immediately who was the manufacturer or the source of these goods or services. When you stop and think about it, you know exactly what I’m talking about. Let me give you some examples.

We usually tend to think of trademarks as names of different products or services, but truthfully and technically, they’re adjectives. Think about it: the name that you recognize is always put before their service or good. For example, FedEx Delivery Service. Most people shorten it to just say FedEx, but technically FedEx is the adjective that comes before the service. Most baby boomers always Ed Herlihy with the phrase Philadelphia Brand cream cheese, and that was to emphasize the fact that the name of the cream cheese (which had nothing to do with where it was made or how it was made), was Philadelphia. Everybody’s familiar with words that are used as brand names, and we refer to them as wordmarks.

Sound marks are a little bit different, but easy to think about. I’m sure everybody has been in a movie theater, or even home, watching a movie, that starts out with a lion’s roar. Now you don’t have to think too long and hard that when you hear the lion’s roar introducing a film, it comes from MGM Studios. We know the source of that product immediately when we hear it, but we also remember some things like jingles. There are three tones that NBC uses to let us know we’re tuned in to an NBC-affiliated station. Sound marks are pretty prevalent. We just don’t think about them a lot. Sound marks can be registered with the federal government, just as word marks.

Our world is filled with clothing and packages and innumerable things that have logos on them. Those are called design marks. Another example is when companies sometimes use very distinct packages that convey what they are selling. For example, the traditional Coca-Cola bottle is iconic. When you see that bottle, you know that it came from the Coca-Cola Company. That is called trade dress.

A scent mark is a little bit more obscure, but just as important and registrable as other marks. One of the scents that immediately brings back nostalgic memories of childhood (or if you have small children, the task of cleaning up), is the smell of Play-Doh. Right now, Hasbro is in the process of registering the distinct odor or scent of Play-Doh as a trademark. Not as many scent marks are registered as there are wordmarks, but there are still quite a few. They can be registered in the United States, and most other countries accept scent marks as a form of trademark. Once you start to think about this, you think about all the different ways that you can recognize the source of goods and services.

Finally, let’s talk about color by itself. When a brown step van pulls up in front of your house, and a person comes out dressed in brown, you know that you’re receiving a delivery from UPS. They have the right to use brown, that distinctive color brown, in association with the service of picking up and delivering goods. Nobody else in the delivery business can use that color of brown on their trucks, on their uniforms, or anything associated. UPS doesn’t own the color brown, period. They own the color, that particular shade of brown, when it comes to delivery services. Well, that’s the other thing about trademarks. Trademarks are always associated with at least one, or maybe more, groups of goods or services.

There’s a lot to talk about, so stay tuned for upcoming articles where I will discuss more.