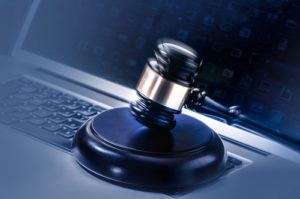 Most people don’t even know where Tyler, Texas, is, but for patent litigators—that is, attorneys that try patent cases—it has become their home away from home.

The federal court system, which was established by the Constitution, has 94 districts scattered throughout the United States. Some states have many districts, such as Texas and New York. Now, New Jersey has only one district, but it has three different courthouses: one in Newark, one in Trenton, and one in Camden.

So, for patent cases, you’re going to be in one of the 94 federal district courts. So, it seems a little strange that 40% of all patent cases are filed in the Eastern District of Texas US Federal Court, in the courthouse in Tyler, a relatively small town outside of Dallas.

Recently the Supreme Court heard arguments concerning why these cases seem to end up disproportionately in this one court. Among the patent world, the Eastern District of Texas is known as the “rocket docket.” How so? That district has put in special rules of procedure that get the trial moving faster. It’s not unusual in other districts for patent trials to last three, four, or five years.

The second thing that is known in the patent world, besides this courthouse being a rocket docket, is that it’s plaintiff-friendly. In other words, more often than not, the holder of the patent or copyright wins, and the awarded damages are pretty generous.

One of the principals of starting a trial is knowing which court to file in. As I mentioned, if it’s a patent or copyright, it must be in federal court. So, how do you choose among the 94 districts? Well, first, the plaintiff doesn’t always get the choice of which district they can file in. The rule is you have to file in a district where you can get jurisdiction over your defendant. So, for most individuals, if somebody’s going to sue you, generally they’re going to sue you in the state where you live, because your state has jurisdiction over you. This is also true in federal court. You have to file the complaint where the court has personal jurisdiction over you, which is the district in which you live.

So the question has come down to the Supreme Court: What is the proper means of determining where personal jurisdiction is over corporations, because it’s been broadly interpreted by the courts to mean anywhere the defendant is doing business?

The other interesting aspect is a lot of these cases are filed by NPEs, non-practicing entities—i.e., patent trolls, which I’ve discussed in previous blog postings here and here.

So, there are a lot of issues on the table. Are the courts properly interpreting personal jurisdiction issues? Are the patent trolls taking unfair advantage of the system by filing in this district?

The Supreme Court has answered in TC Heartland LLC v. Kraft Foods Group Brands LLC and has said the plaintiff can only file a lawsuit in the federal court where the defendant lives.  For a corporation, that means the state where the corporation or company was formed.