A Personal Story: My Path to Becoming a…

A Personal Story: My Path to Becoming a Patent Attorney (Part 2) 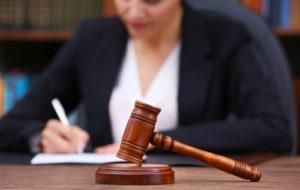 Last time, I explained the circumstances that led me to start law school after I “retired” from chemistry. Now the rest of the story.

It’s very different to start law school when you’re…I’ll be kind to myself and use the word…”mature.” I was the second oldest student in my class, and I was the oldest woman. There literally were classmates who had been classmates of my sons. They would come up to me and ask if we were related, and I’d answer, “Yes, okay, I’m his mother.” So, I was thrown into competing with the younger generation.

A friend asked me, “Aren’t you worried you won’t understand the technology?” Well, one thing about working in science, and to be a top-performing scientist, is that you have to be familiar with technology. That didn’t scare me at all. I certainly knew my way around a laptop as well as any of my classmates. In fact, I was known as “Mother Mac,” because I would help my fellow Apple computer users when they got stuck with a problem.

I have to say the first year of law school was really quite challenging for me, not having been in a graduate program for over 20 years. I managed to get through with a B+ average. I didn’t realize that at the end of the first year is when all of the big law firms—the ones that had robust patent practices—look at students and their GPAs to decide who they’re going to interview for the summer between the second year and third year of law school. I’m not sure I could have done any better my first year had I known, but it was a little bit of a shock when we had what’s called on-campus interviews. I didn’t really get many. Of course, they were very excited about my resume, until I walked in and they saw me. I’m not sure what they expected when my resume indicated 33 years of experience in the pharmaceutical industry. They tried not to mention it, but, of course, none of the big law firms were interested in having me come work for them during the second summer.

I also didn’t realize that, once you were hired for that second summer, generally you were given an offer after law school for your first job. When I finally put this all together, I decided that I needed to really build my resume in the law.  I found every externship and internship possible that had to do with patent law. I worked and got my patent agent license. I was at the Rutgers Office of Technology Commercialization, and I wrote patents for the professors so they could present their papers and not lose any patent rights that the university owned. I worked for a small patent firm and spent the summer writing patent applications.

I found every opportunity that I could to practice patent law. I found a clerkship with a big patent litigation firm in Short Hills, NJ. I worked with the senior lawyers, doing document review. It was kind of funny; I would read documents for pharmaceutical cases and offer insight into what was really going on behind the scenes. After all, I had been in those meetings. Just the names of the people and the drugs were different.

It was an interesting experience, and then we finally graduated. That was on a Friday, and then Monday, we started preparation for the Bar Exam. That was the most intense, stressful two months of my life. I’m just glad it’s over, and that I passed the first time. I’ve been in my practice ever since.

About three years ago, I decided I could do as well on my own. I’m very happy I did, because I feel that I can deliver the type of service I want to deliver to my clients. So that’s my story. I have never regretted a minute of it, and I hope to continue practicing for many years into the future.

If you have any questions or comments about what goes into a patent application, please contact me today.