Spring is Here and the Patents are Blooming!

Spring is Here and the Patents are Blooming! 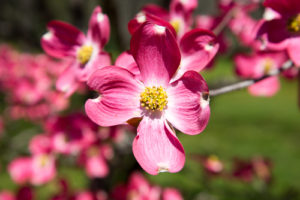 Welcome, Springtime! The trees are starting to blossom, little plants are sticking their heads above the soil, the grass is starting to get greener, and I‚Äôm sure that just brings thoughts of patents to everybody‚Äôs heads.

Well, not everybody. We‚Äôve previously discussed¬Ýutility patents and design patents, but there‚Äôs a third type of patent in the United States: the plant patent.

Well, it‚Äôs very narrowly defined, and it‚Äôs something that I believe may be unique to the US. The same utility patent application can be used in multiple countries. For a design patent, there is a registration process in other countries. The most recent treaty that we‚Äôre party to can be used as a basis for filing for a design registration in another country. Not too many countries have this unique form of patenting for plants.

There are not a lot of these in the US. Right now, the United States Patent and Trademark Office (USPTO) has issued over nine million utility patents and about one million design patents, but I don‚Äôt think we‚Äôre up to 100,000 plant patents yet.

Can I Patent My Plant?

Now, not just any plant can be patented. The plant has to be created or developed in a certain way so that it‚Äôs patentable. There‚Äôs been a lot of talk over the years about patenting seeds. Probably the most controversial was the Monsanto corn patent, which created a lot of litigation, but we‚Äôre not going to talk about that today. We‚Äôre talking about plants that are reproduced to form a new variety by what used to be called grafting. The inventor must asexually reproduce the plant. It can‚Äôt be by seeds, but it can be by cuttings or grafting. This limits what types of plants are eligible for patenting.

For example, trees are patentable. Rutgers, my alma mater, has many patents on dogwoods. Cook College at Rutgers has developed many dogwood trees that are resistant to blight. There was a blight that came through the US that attacked dogwoods during the twentieth century. Many of those dogwoods died, but the new varieties that Rutgers developed are blight resistant. They‚Äôre very beautiful trees‚Äîeach one has a slightly different flower‚Äîand many of them are already off patent. Rutgers was able to enrich their research programs through the royalties received from these trees.

Rutgers has a very vigorous plants patenting program and has patented many different types of plants through the patent process, including:

Plant patents aren‚Äôt something you‚Äôre going to come across frequently that you‚Äôre aware of‚Äîbut just know that if you see a young dogwood tree, there‚Äôs a pretty good chance it was a patented Rutgers product.

A Splash of Color

One of the unique things about plant patents, which make them delightful to look at, is that all of the illustrations are not black and white or pen and ink illustrations. Generally, they are full-color photographs of the plants. What‚Äôs also delightful is that the photographs usually show the plants at their different stages. For example, a dogwood plant patent would show:

Plant patents enrich our world by creating hearty plants and protecting the inventor for a limited period of time, like every other patent. If you have any questions or comments regarding this, please contact me today.