What is Patentable? The Phenomena of Nature Exception

What is Patentable? The Phenomena of Nature Exception 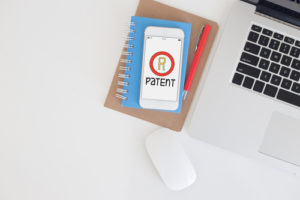 The answer to the question “what is patentable?” should be pretty straightforward, because the applicable law says: “a machine, a manufacturer, composition, or a process, or the improvements thereof, are patentable.” However, over the years, the courts have created very specific guidelines concerning what is or is not patentable.

One exception to patentability is called the “phenomena of nature” exception. The Supreme Court discussed this exception in a 2013 case called Association for Molecular Pathology v. Myriad Genetics.

In that case, Myriad Genetics owned a number of patents relating to the BRCA1 and BRCA2 genes. Those genes are genetic markers for breast and ovarian cancer. People who carry the BRCA1 and BRCA2 gene have a much higher risk of developing those cancers: the risk is 60-85% for breast cancer and 15-40% for ovarian cancer (the ranges take into account a number of other factors). When Angelina Jolie discovered that she had the BRCA1 gene, she had a prophylactic mastectomy and ovariectomy. In other words, even though she did not show signs of cancer, she had her breasts and ovaries removed.

While many patent claims focus on how to synthesize, isolate or test for a gene, Myriad’s patents claimed the actual gene sequences. As the patent holder, Myriad prevented others from developing alternative test methods to detect this gene. Research involving the BRCA1 and BRCA2 genes came to a halt because, if something is covered by a patent, nobody other than the patent holder can use, sell or offer the patented item for sale.

This result actually is contrary to the purpose of patent law, which is to encourage people to develop alternatives to what is patented. Under the patent system, you have to reveal your “secret sauce” in your patent application. The “secret’ is made public at least by the time the patent is awarded. This allows others to examine your invention and develop alternate means to reach the same goal.

In Myriad Genetics, after much litigation, the Supreme Court agreed that the gene itself was not patentable, and held that the claims that were about the gene itself had to be invalidated. This is significant, because it underscores the importance of the intent of the patent law to encourage development, and to be in the public interest. The result in Myriad Genetics has encouraged a lot more research in the area of detecting the BRCA genes, which can only help to improve women’s health overall.

If you have any questions or comments regarding this, please contact me today.