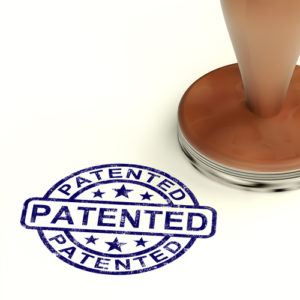 {6 minutes to read} We have a new president. We have new members of Congress with a different distribution between the two parties. And probably before the Supreme Court sits for a new session in October, we’ll have a ninth justice.

The question is: How are the changes in Washington going to affect patent law?

Patent law goes back to colonial times. It was inherited from our mother country, Great Britain, and included by the drafters in the Constitution. The basis for patents is in Article 1, Section 8, Clause 8, which grants Congress the right to create laws that grant patents and copyrights to inventors and writers:

To promote the Progress of Science and useful Arts, by securing for limited Times to Authors and Inventors the exclusive Right to their respective Writings and Discoveries.

With that in mind, within the year of the Constitution being ratified, Congress established the Library of Congress, which administered the registration of copyrights in this country. So the next question is, “Where do the patent laws end up?” The patent laws, interestingly enough, became part of the Executive Branch and now is in the Department of Commerce after having moved from several other departments.

Now, how do all these things come into play? The Supreme Court  usually has two or three patent cases before it every term and these decisions often change how the Patent Office interprets the laws that Congress makes.  So, in many ways, patent law is the result  of the executive branch, the legislative branch, and the judicial branch, all working together.

Let me start with the Supreme Court: While there are many decisions that are decided along partisan lines, the one thing that happens with regards to patent law is lots of the decisions are unanimous, or pretty close. There is not a lot of great divide when it comes to decisions about patent law on the Supreme Court, historically. It may be 7 to 2, it may be 8 to 1, but, generally speaking, it’s not a hot battle on partisan lines. A new justice will not change these outcomes.

And while patents are not one of those issues that fall into partisan lines, there is a lot of disagreement on how patent reform needs to go forward in the legislative branch. That’s basically because of the interests of two of the giant industries in this country. Silicon Valley has one point of view where patent reform should go, and the pharmaceutical industry has a polar opposite opinion of what reforms are needed. As a result, it takes many, many, many years to come about with any reform.

The biggest change in patent law came in 2012, after years and years and years of discussion in Congress. The last time patent law changed in such a significant way was in 1956. A lot of the things we’ve changed are to come into compliance with the rest of the world. We were an outlier. We were the only country that was a first-to-invent rather than first-to-file. We adopted many of the features that are international in order to make it easier for people who are applying for U.S. patents, as well as other patents, to have a uniform set of regulations.

The one area in which the executive branch could have a very big effect on patents is in the administration of the Patent Office itself. For many, many years, the Patent Office collected a large dollar amount of fees, but a lot of it was siphoned off by Congress to pay for other programs. As a result, the volume of patent filings with those fees kept increasing, but the network of patent examiners did not increase. This created an enormous backlog of patent applications, the largest backlog in the world. We had the longest period of pendency of any major industrial country.

As a result of the 2012 America Invents Act, Congress was required to forego siphoning off excess funds, at least for a few years, and the Patent Office staffed up. In five years, they’ve been able to decrease the time a patent in pending by one month for each year. The wait time for a patent to first be looked at by an examiner as decreased from 23 months before the America Invents Act to about 18 months now..

In answer to the question, “How are the changes in Washington going to affect patent law?” Well, the answer is, “Not a lot; at least not very quickly.” So we should continue to watch and learn, but it looks like we will be continuing with business as usual.