Freedom to Operate: Important for Every Type of…

Freedom to Operate: Important for Every Type of Business 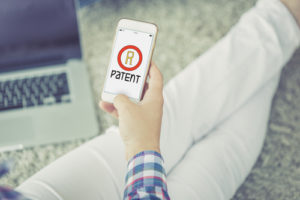 {4:50 minutes to read} Anybody who’s introducing a new product into the retail space needs to worry about whether that new product is infringing somebody else’s patent or trademark.

Some of my clients who are in the process of getting a patent, or already have a patent, on a device don’t really understand it. They say, “I have a patent. Why do I need to worry if I’m infringing on somebody else’s?”

Well, the truth of the matter is that most new things actually depend on pre-existing things. You may have something new, but elements of that may have existed and may be covered by somebody else’s patent.

Let’s pretend we’ve invented a new form of gear shift for a bicycle. Now, a bicycle is a pretty simple device. Somebody may have a patent on a bicycle with 2 wheels, handlebars, a seat, and brakes, but doesn’t have a patent that includes a new gear shift. My client gets a patent on a new gear shift, and one of his claims will be a bicycle having 2 wheels, handlebars, a seat, and brakes plus the new gear shift. My client is going to have to get permission to make the bicycle, because the other patent holder has a patent covering everything else but his gear shift. On the other hand, my patent holder may not have to worry about that. He may be able to sell the gear shift to somebody else who already owns the patent on the rest of the bike.

Even if you’re a retailer or wholesaler, if you happen to have in your sales inventory a product that infringes somebody else’s patent, you can and will be named in a suit.

When something is infringing somebody else’s patent, the patent holder can sue everybody along the supply chain.

One of my best customers is actually a wholesaler who hadn’t cleared all of his products that are being imported from outside the United States and got hit by a suit. Patents are very jurisdictional: Something can be legitimately made outside the United States without infringing on local patents, but may infringe a US patent. Those items cannot be sold in the US. Importers should always make sure that new products are not infringing on other’s patents.  My client now checks with me on new items.

How does this work? How does one determine if they have the freedom to operate?

First, have a professional search. Who else has done something in the field? Is there something out there like yours? If you’re worried about infringing on a US patent, only look at US patents, and only the US patents that are in effect.

While you may not be able to get a patent for something very close to your idea, for something close was patented back in 1907.  When you’re looking at freedom to operate, you’re only looking at patents that are in effect; patents for which the patent holder has continued to pay maintenance fees.

Then, you look at each and every claim in the past that you can find, and see if your product has those elements. If it does, then you have to dig further. The elements may be called the same thing, but they may be different.

Whether you’re just starting out with your new patented idea or you’re going to manufacture, sell wholesale or retail, particularly if importing from another country, it’s always a good idea to get a freedom to operate opinion from a patent attorney rather than finding yourself in court in an infringement suit.