Do I Need a Working Prototype Before Filing…

Do I Need a Working Prototype Before Filing My Patent? Ask Edison! 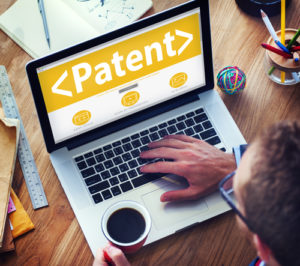 {5:00 minutes to read} Today I want to talk about a book I just finished reading, called The Last Days of Night: A Novel by Graham Moore, about the patent wars between Thomas Edison and George Westinghouse.  Edison filed over 300 patent infringement lawsuits against Westinghouse.

Thomas Edison – Attributed with having invented the light bulb, among many other things; patented the direct current (DC) lighting system.

Nikola Tesla – Patented the AC induction motor and transformer, licensed to Westinghouse for use in his AC lighting system; first worked for Edison, then Westinghouse, then struck out on his own.

Paul Cravath – The attorney who represented Westinghouse against Edison; founding member of one of the largest US law firms, Cravath, Swaine and Moore.

What’s interesting about The Last Days of Night is that it’s written from the perspective of Westinghouse’s attorney, Paul Cravath. The book traces his strategy from the time when Westinghouse engaged him to take on these lawsuits to when, eventually, Westinghouse, Edison and Tesla make an agreement. That agreement affects our lives today.

Edison always worked, at this point, on direct current. His direct current generators were used to supply electricity throughout New York City. It was a new technology. Unfortunately, direct current doesn’t travel very far, so there were many, many generators being used—practically one for each building.

Tesla’s invention was for an alternating current generator. One generator could light an entire city, and Westinghouse licensed Tesla’s generator patent.

Edison had filed over 300 different lawsuits through the country for patent infringement. Eventually, Edison realized that the future was with alternating current. Edison, Westinghouse and Tesla reached an agreement, and the infringement suits were dropped.

Cravath attacked the discrepancy between Edison’s first patented prototype and what was eventually commercially available. This is why this story is so interesting, beyond the whole drama of how it would be resolved.

Edison claimed through news releases that he invented the light bulb using a platinum filament but that did not work very well. His U.S. Patent 223,898 is for “a carbon filament or strip coiled and connected to platinum contact wires” [1]. This patent did not specify other types of filaments, and the eventual commercial product used a type of cotton wick filament. The court ruled in Edison’s favor, saying that his patent covered all of them.

The Moral of the Story

Do you need a working prototype before filing a patent? No, you don’t. Edison didn’t.

The patent office has done away with that requirement. The patent office realized that it is impractical to build a full-scale working prototype of inventions, whether on a large or small scale. In what’s called the predictive part, if one can show that a certain structure will function in a predictable way, a prototype is not necessary.

When you really can’t predict how something is going to interact with a living thing—particularly in chemistry, biochemistry and biotech—you actually need to test the product in some way to prove that it works. This is called the non-predictive arts. In other words, you can’t come up with a new chemical entity and say it’s going to cure cancer: You have to have some laboratory or clinical proof before you’ll be granted the patent.

For almost everything else, you don’t need a working prototype to file for or even be granted a patent.

I hope you enjoy reading The Last Days of Night. Written by a New York Times best-selling author, who has also won awards for his screenplays, it’s an interesting book with real historical implications for how we live today.
[1] https://www.google.com/patents/US223898