Has Your Fashion Design Fallen Victim to Gaps…

Has Your Fashion Design Fallen Victim to Gaps in Copyright Law? 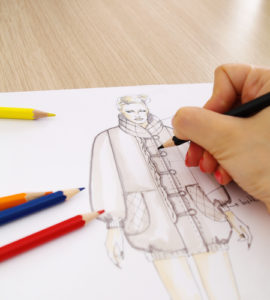 {5:20 minutes to read} Fall Fashion Week starts September 8, 2016, creating a lot of excitement and traffic in the New York area.

That brings to mind: What type of intellectual property protections are there in the United States for fashion?

Unfortunately, there’s not a lot to protect fashion design. If a designer comes up with a fabric pattern, that pattern can be protected by copyright law, but alas copyright is not allowed for useful articles—and clothing is considered a useful article.

Of course, trademarking or branding is what fashion designers really depend upon. After all, having that logo on our clothing or in the tag is what really allows designer clothiers to get that extra money from us.

There are clothing design patents for how something looks. Most people don’t consider that, but many of our designers have patents. For example, there’s a rumor that Diane von Fürstenberg has a design patent on her famous wrap dress. That doesn’t appear to be true, but she does have patents on clothing.

In fact, not that long ago, she received the patent for a medical garment—a new take on the dreaded hospital gown.

I’ve helped many clients receive both design and utility patents for different articles of clothing. Sometimes the patent may not be for an article of clothing, but for a part of the article of clothing. For example, one of my clients invented a special pocket for holding a smartphone. It is concealed to other people, but easily accessed by the wearer. The pocket is sewn into the waistband behind the front pocket of trousers, pants or skirts.

I have another client who is redesigning a bra. Lingerie is a very popular area for patenting. She just received a notice of allowance for her design patent. In talking with the examiner, the notice of allowance will be issued soon for her utility patent.

I have other clients who have received patents on new baby clothes, particularly for sleeping, since now most parents put their infants to bed without blankets. Although not necessarily easy to obtain, it is possible to receive a patent on clothing for babies.

It Takes One to Know One

A little personal story about the mythical wrap dress of Diane von Fürstenberg: The wrap dress was one of Diane’s early designs, and it made her name. It came out when my husband and I were both in graduate school, a time when I sewed my own clothes.

Diane von Fürstenberg licensed the pattern to Vogue. (By the way, the pattern would have been covered by copyright.) I bought the pattern, and I made the dress. Although it’s a simple design as a dress, it’s not an easy dress to make.

I learned a lot by putting together that dress, which I was hoping I would. I always found patterns that would teach me something about garment construction.

Now, when clients approach me about protecting their new design for a piece of clothing, I can say I know a lot about clothing construction. As a result, I know what areas are already well known to people of ordinary skill in the art, like me.

It’s a lot of fun to work with clothing in terms of patents, and I’ve been fairly successful in obtaining them for my clients. It’s sort of a specialty, because the way in which you describe the clothing has to be without the context of a human body. To see the list of fashion patents I have helped secure or for assistance with your own patent application, visit my website.