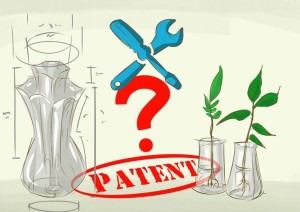 {4:10 minutes to read} A good design patent can be asserted in court and can protect a product.

Conceptually, it’s hard for people to wrap their brains around the difference between a utility patent and a design patent.

A design patent only protects how a product looks, not how it functions. It’s not unusual for an inventor to hold both a design patent and a utility patent that protects different aspects of one product.

An example that’s probably easy to understand is a car tire. When radial tires first came out, the company that invented them started out with protecting the structure of the tire and the different layers inside the tire.

You can see the tire, which has rubber on it, but you can’t see the structure. You can’t see the layers of reinforced fiberglass—all the different layers that are inside the tire. Functionally, a “cross-section” of what the tire looks like on the inside is what’s required for a utility patent.

In my own practice, I have an inventor that has both a design patent and a utility patent. She invented a special case for carrying cheerleader bows. The design patent, D700776 www.google.com/patents/USD700776 just shows the outside, which looks like a bow. The utility patent, US8783460 www.google.com/patents/US8783460 covers the inside, which has a lot of functional structures specifically designed to preserve cheerleader bows.

Apple has many design patents. Apple has started seven infringement claims against Samsung for smartphones: three are design patents and four are utility patents. At the trial, six of them were upheld to be infringed: three design and three utility. Upon appeal, the three utility patents were found not to be infringed, but the three design infringement claims held up through litigation.

In my next post, I’ll talk about what’s important to put into a design patent and what inventors should think about while designing.