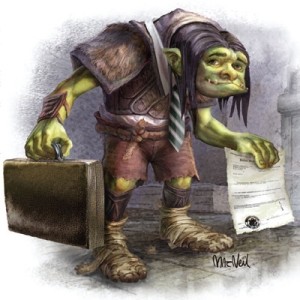 {4:00 minutes to read} On the first day of summer, the decision in the US Supreme Court case of Cuozzo Speed Technologies, LLC  v. Lee was handed down.

Post-grant review is a relatively new feature in US patent law that allows the Patent Trial and Appeal Board (PTAB) to invalidate patents which have already been granted.

It is very rare that a Supreme Court ruling does not have wide implications—and Cuozzo is no exception. Of particular interest to both legal practitioners and inventors is how Cuozzo may be applied to entities that purchase large portfolios filled with patents that are of questionable validity—otherwise known as patent trolls.

Why is this relevant to patent trolls?

If a defendant can demonstrate that a patent is invalid, it cannot be guilty of infringing upon it. The PTAB uses a different standard, called “broadest reasonable interpretation.” This review has been called a “patent killer,” because the PTAB requires the plaintiff to overcome more references that may not have been previously considered by the Patent Office. These references may show that the patent was not new or obvious. The result is that more established patents are invalidated by the PTAB than in the district courts. 80% of the patents before PTAB have been partially or completely invalidated whereas less than 50% of patents are invalidated by the courts. This is seen as a blow to NPEs—patent trolls, especially.

The NPEs who are seen as patent trolls have very broad claims that many feel were invalid. By upholding the Patent Office standard of review, many believe that the portfolios owned by the trolls will not withstand the scrutiny.

Many attempts to legislate restrictions on NPEs both in Congress and state legislatures have been unsuccessful. The idea is that the non-practicing entity patents are never actually put into practice, which is not true. There are a group of patents that are not put into practice and are used mainly as tools in litigation by a group of people who have invested in buying them… buying whole portfolios. That’s the reason why patent trolls have been painted with a very broad brush, but there is a good reason for having a licensing scheme in this country, so that non-practicing entities can make some money from the research and work that they’ve done, mainly through the licensing, not necessarily through litigation.

One reason is one of the largest group of NPEs is research universities. Universities develop many products and processes through their research. By licensing them, they are able to ensure a steady stream of income—and in some cases, the university receives additional grants for further research from the entities it licenses. This represents a “win­-win” situation for the universities and licensees.

I will continue with stories behind NPEs and how they have gotten such a bad reputation. Please contact me with any questions regarding patent trolls or other NPEs.