Necessity Is the Mother of All Invention

Necessity Is the Mother of All Invention 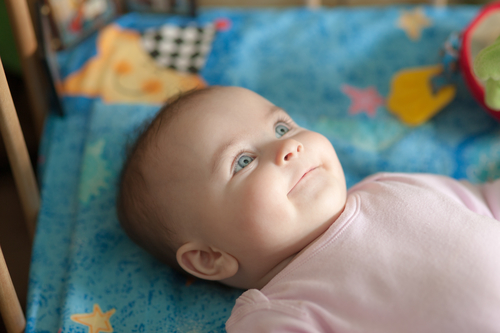 {4:10 minutes to read} I find it very interesting that I’m working with 3 mother-daughter teams. They are adult mothers & daughters and have been able to collaborate very successfully on some new inventions.

Here’s the story of one of these mother-daughter teams:

They had previously brought a garment idea to a patent attorney who didn’t quite “get it.” They thought it was because he was a man, and that they’d have more success with their new garment idea if they brought it to a woman attorney.

I think my experience in this specialized area, as well as my experience as a grandparent, were tremendously valuable to this client (more valuable than the fact that I happen to be a woman).

When the daughter became a mother herself, her mother became a grandma and the baby’s nanny. As with many grandmothers, she was interested in the latest theories of child care. She discovered a recommendation by the American Academy of Pediatrics called “the naked crib.”

A naked crib is much like it sounds: a crib without toys, blankets, bumpers, pillows, or anything at all except the baby in its sleepwear. This practice has greatly reduced the instances of Sudden Infant Death Syndrome (SIDS).

The problem is, as we parents & grandparents know, babies like blankets. The feeling of the soft ribbon on the edge of blankets soothes them, and the ability to self-soothe is an important one for babies to learn. It’s also important that a baby is soothed and calm so the parents – or nanny – can get their own good night’s sleep.

So this mother & daughter began to collaborate. The mother (grandma) came up with a specific way of attaching a piece of smooth, silky blanket fabric to a sleeper. This allowed the baby to self-soothe without interfering with breathing or becoming a strangulation hazard.

In November, 2012, “grandma” was granted a patent for her design (US patent number 8312565). The daughter had been a collaborator, helping her mom to bring this product into market.

This same mother-daughter team came to me last year with another idea related to sleepwear. New parents have been using “blanket sleepers” or “sleepsacks,” which are similar to swaddling blankets. But babies kick and get themselves tangled up, which wakes the babies (and, therefore, the parents).

So this mom-and-grandma duo came up with a new type of sleepsack that has an anchoring panty inside to prevent the baby from getting its legs tangled up in the sack. That patent was issued in 2015 (US patent number 9204673), and the duo is adding it to their business plan.

A set of twins has joined that family, so I look forward to seeing more baby and toddler-related inventions from this creative mother-daughter team as the family grows.

Join me next time as we look at a mother-daughter team whose passion is centered around dogs!